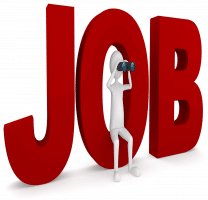 Addressing the gathering, the President congratulated the Ministry of Skill Development and Entrepreneurship (MSDE) for their achievements in a short span of time. He said the Ministry was extremely important for the socio-economic development of our country. He said that India is a young nation with 62% of its population in the working age group and more than 54% of the total population below 25 years of age. As a consequence, around 15 million youth enter the workforce each year. Young minds are our assets. This is our demographic dividend which we need to harness. As policy makers, we have a duty to empower our youth by providing skills to them. We need to seize this opportunity. He cautioned however, that if we cannot provide jobs to the huge number of people entering the job market every year, the population dividend could turn into a population liability. This explosive situation has to be prevented.

The President mentioned that recently skill development of 1500 employees of Rashtrapati Bhavan was undertaken by the MSDE. He stated that unemployment is a serious challenge for India. In India in the age group of 18-29 years, the unemployment rate is 12.9%. Therefore, he believed in the importance of infusing skills in our youth as this would improve the employment situation which would in turn generate wealth and translate our vision of economic development into reality.

On the occasion the President was also presented his portrait made by Shri Vilas Naik at the venue itself.

This site uses Akismet to reduce spam. Learn how your comment data is processed.

We're here to help. Check out our FAQs, send us an email [email protected]